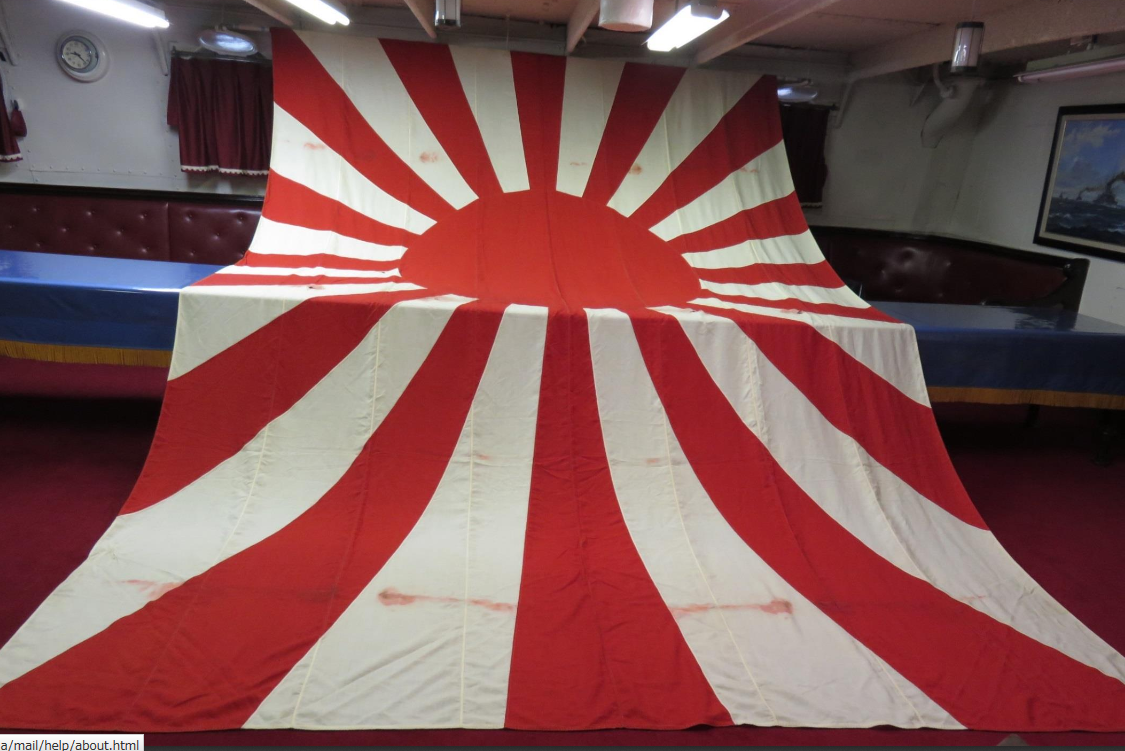 Memorial Ship MIKASA had originally kept 28 naval ensigns that battleships fought in Battle of Tsushima hoisted, but some U.S. servicemen had taken them as spoils of war when they moved back to their home country. However, on August 5 of this year, one of the naval ensigns was returned to MIKASA by a sincere, courageous 91-year-old ex-serviceman who lives in Arizona, mediated by a non-profit humanitarian effort “OBON 2015″ and US Marine Raider foundation. This naval ensign is largest-sized (3.4 meters by 5.2 meters), and it is thought to be the one belonged to Battleship ASAHI according to the records.